The Importance of Oral History and the achievement of Sophia Turkiewicz 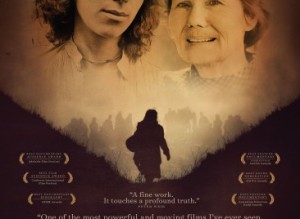 Not everything makes it into the history books! Sophia Turkiewicz discovered this when she began to research her mother’s story in earnest. As she says herself:

“Historians can tell lies. Their sins are the sins of omission. They choose what to put in, what to leave out. When I go searching for your story in the history books, the chapter on your story is missing.”

When Turkiewicz was only seven her mother Helen placed her in an orphanage and left her there for two years. This caused a lot of bitterness between mother and daughter. As Sophia grew up she became familiar with her mother’s stories about being sent to Siberia but in her twenties she really didn’t pay that much attention to them.  She had her own life to live!

Over the years she did interview her mother and made films inspired by her mother’s life as an immigrant, with barely any English. Many years later, when Helen Turkiewicz began sliding into dementia Sophia decided it was time to really find out what happened to her mother during WWII. This film charts the course of her relationship with her mother and her mother’s incredible survival of the Polish marches.

Inspired by her mother’s stories, Turkiewicz has given us much more than just the fate of one woman. Hunting down archival material from many sources she has opened the door to a little known yet tragic episode in Polish history. Once My Mother returns to Newcastle to the Regal in July. Don’t miss it!

Author, booklover, bookcrosser and firm believer in synchronicity. There is no such thing as coincidence! I am currently working on a trilogy set in Sydney and Paris during the 1920s and a screenplay set in Sydney in 1937.
View all posts by Debbie Robson →
This entry was posted in Oral history and tagged family stories, filmmaking, history, Once My Mother, oral history, Poland, researching the past, Sophie Turkiewicz, Stalin, the Poles, WWII. Bookmark the permalink.